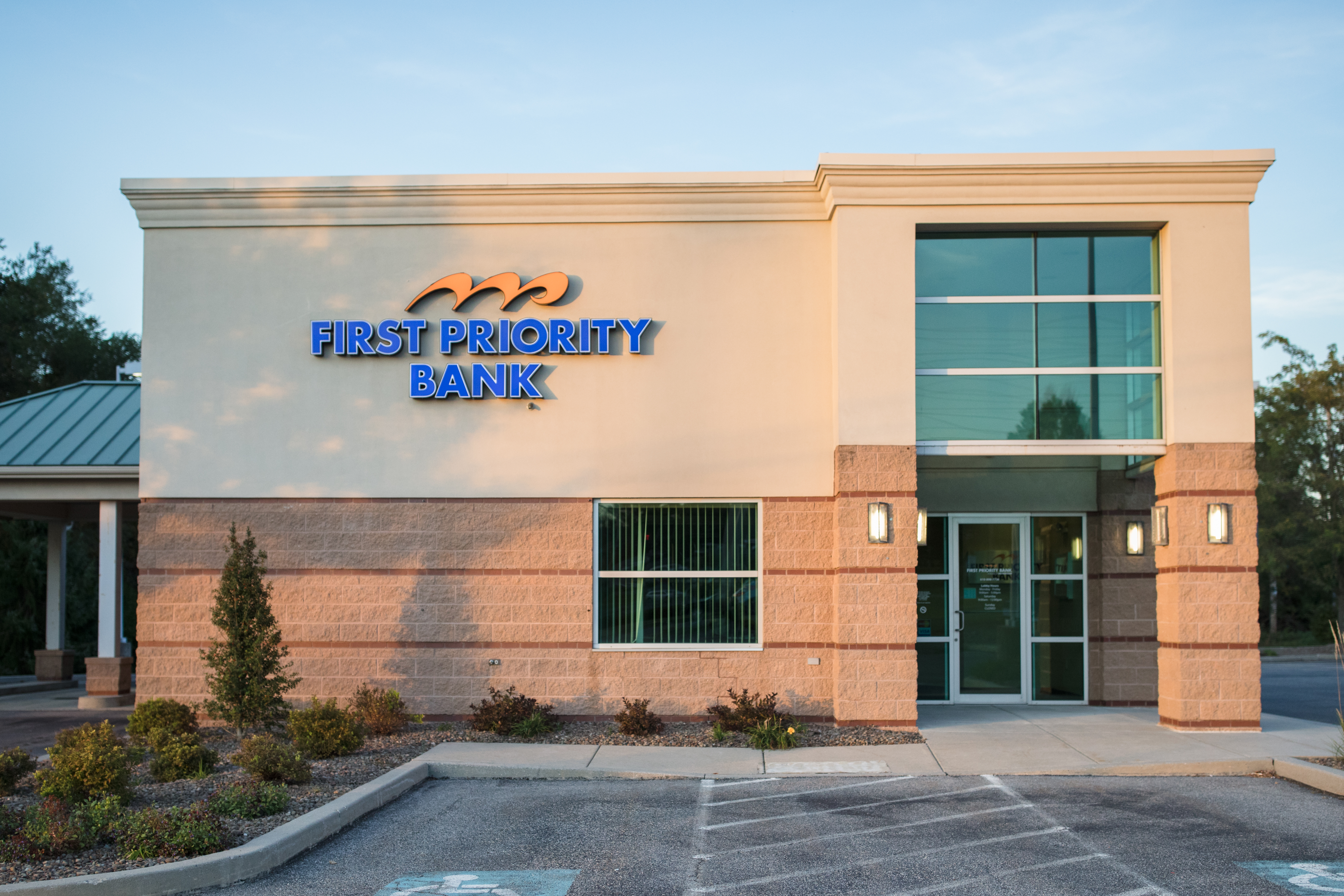 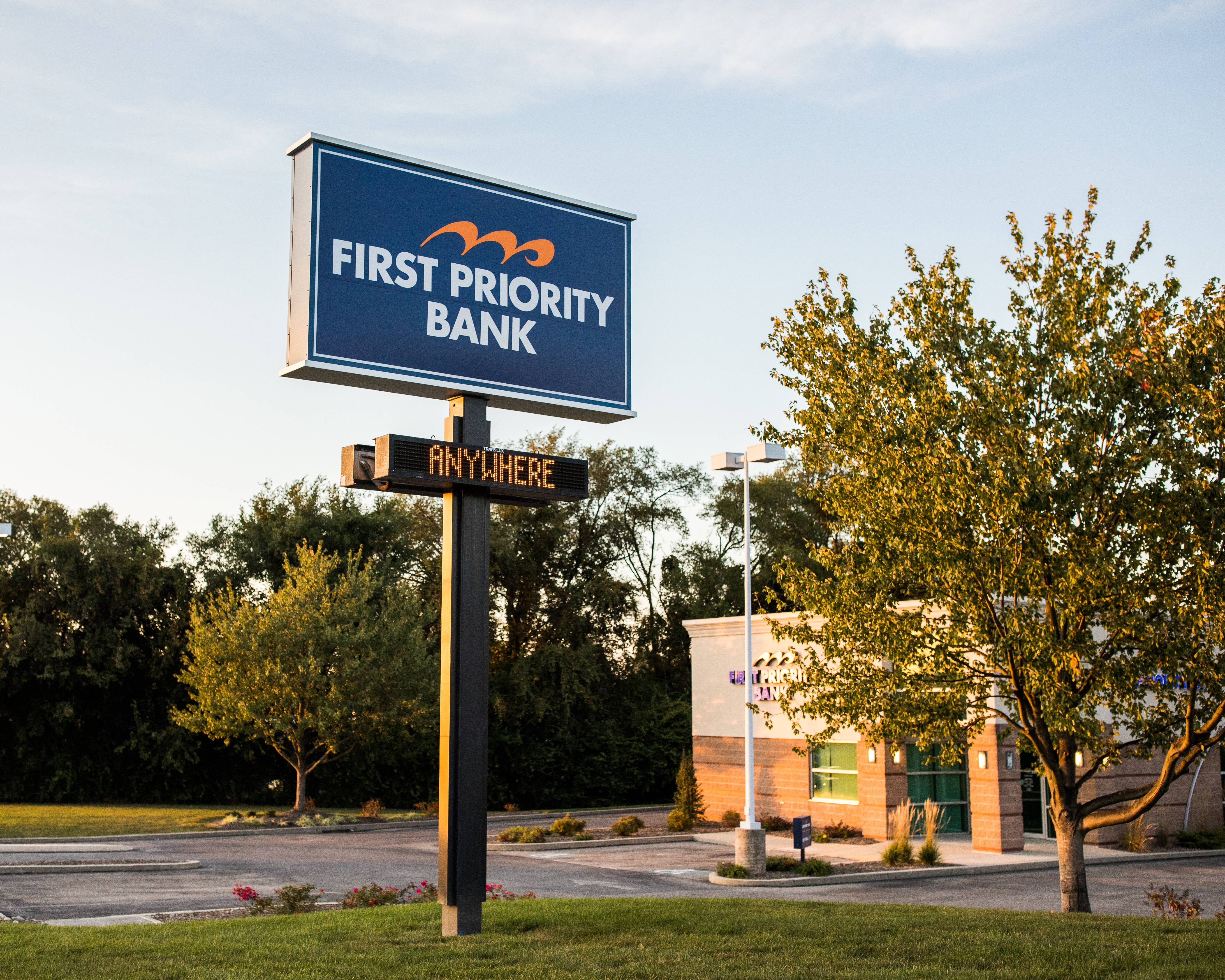 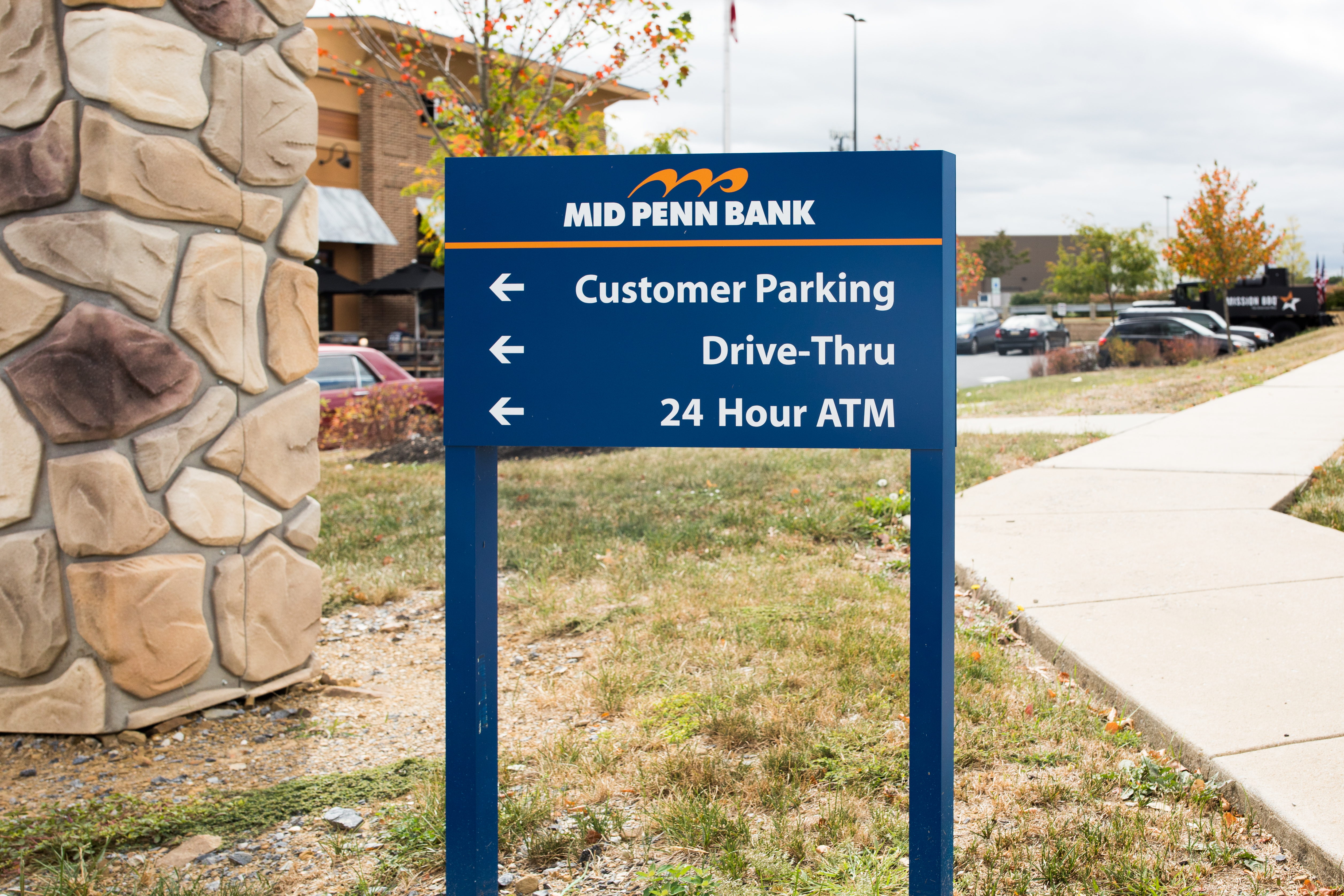 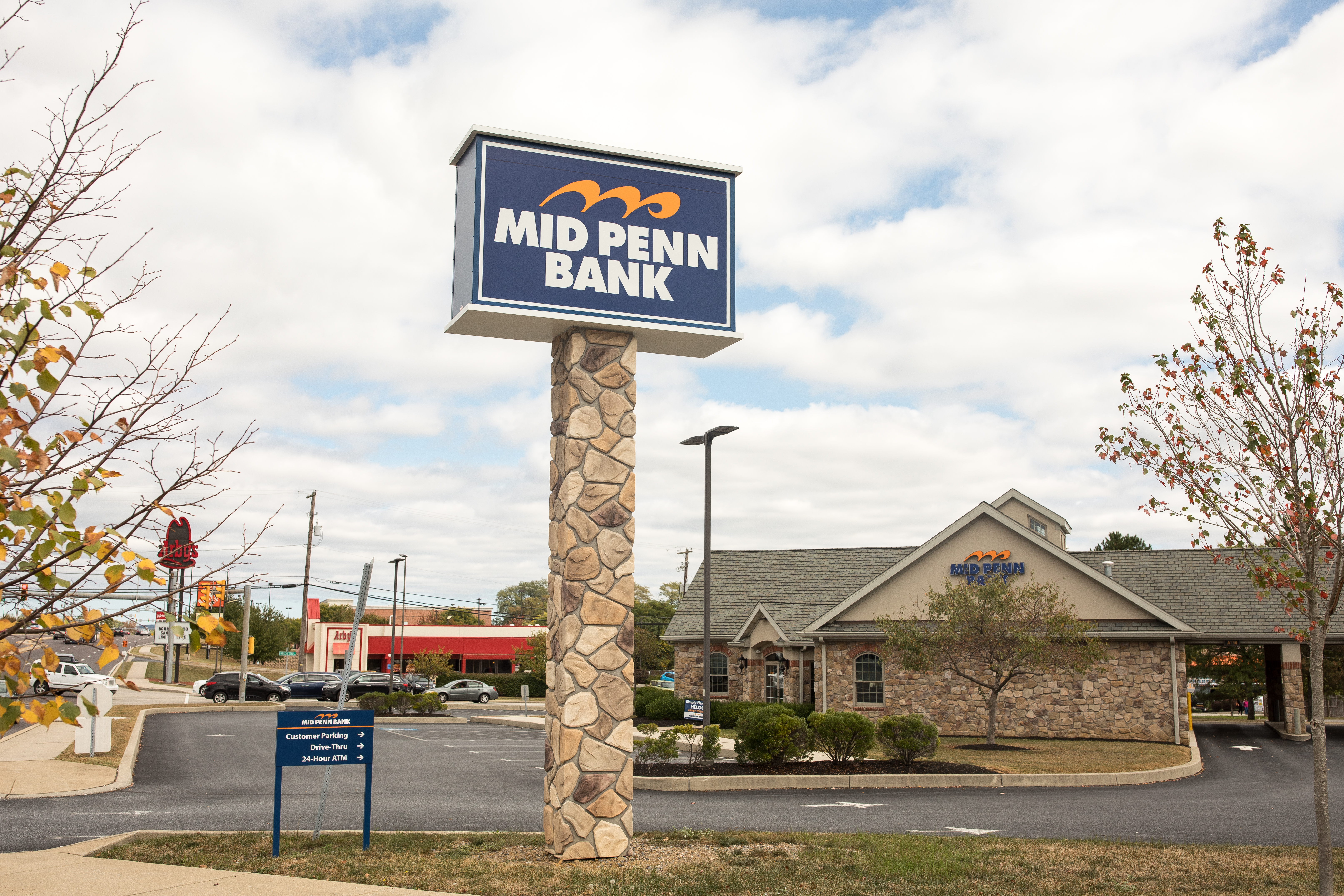 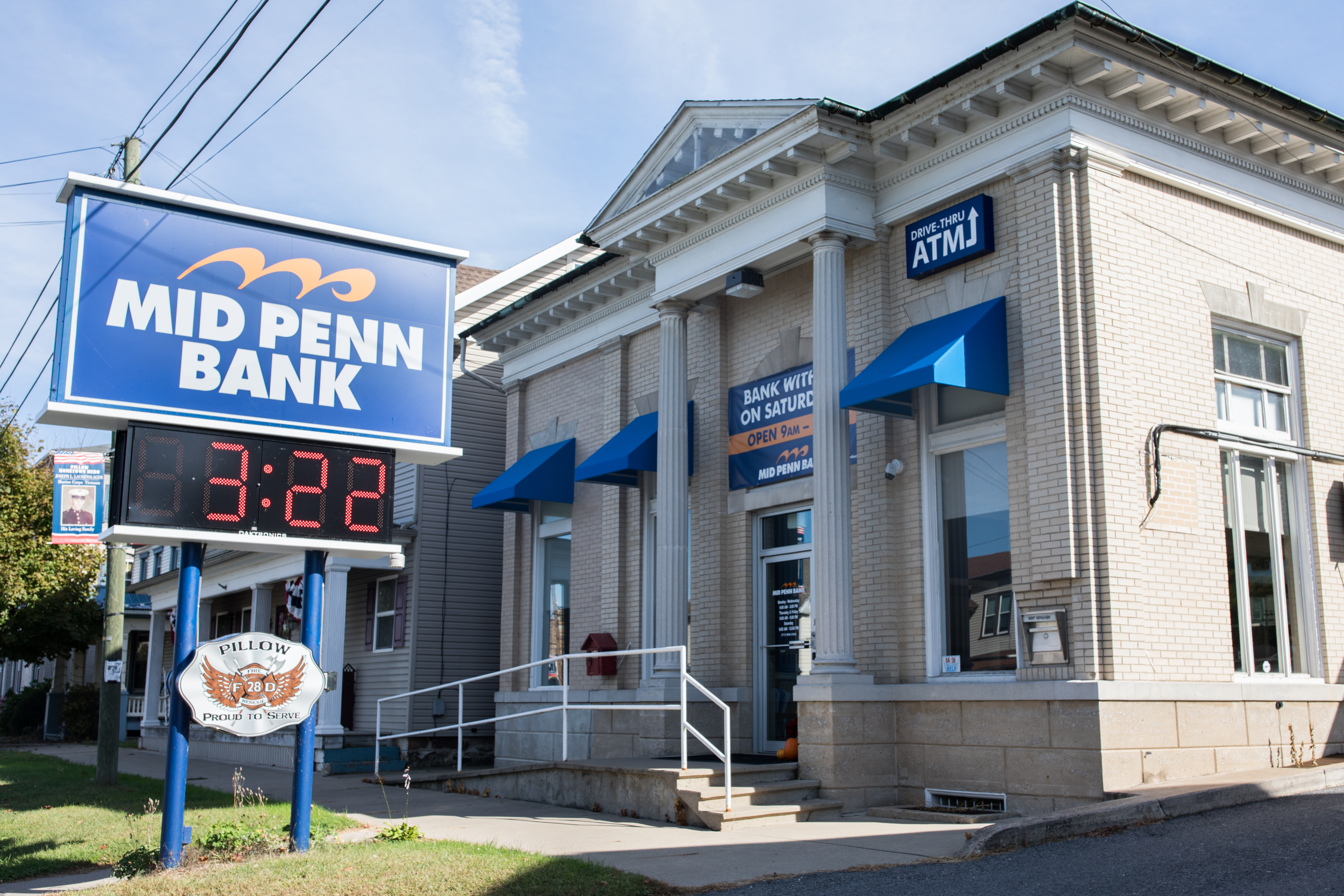 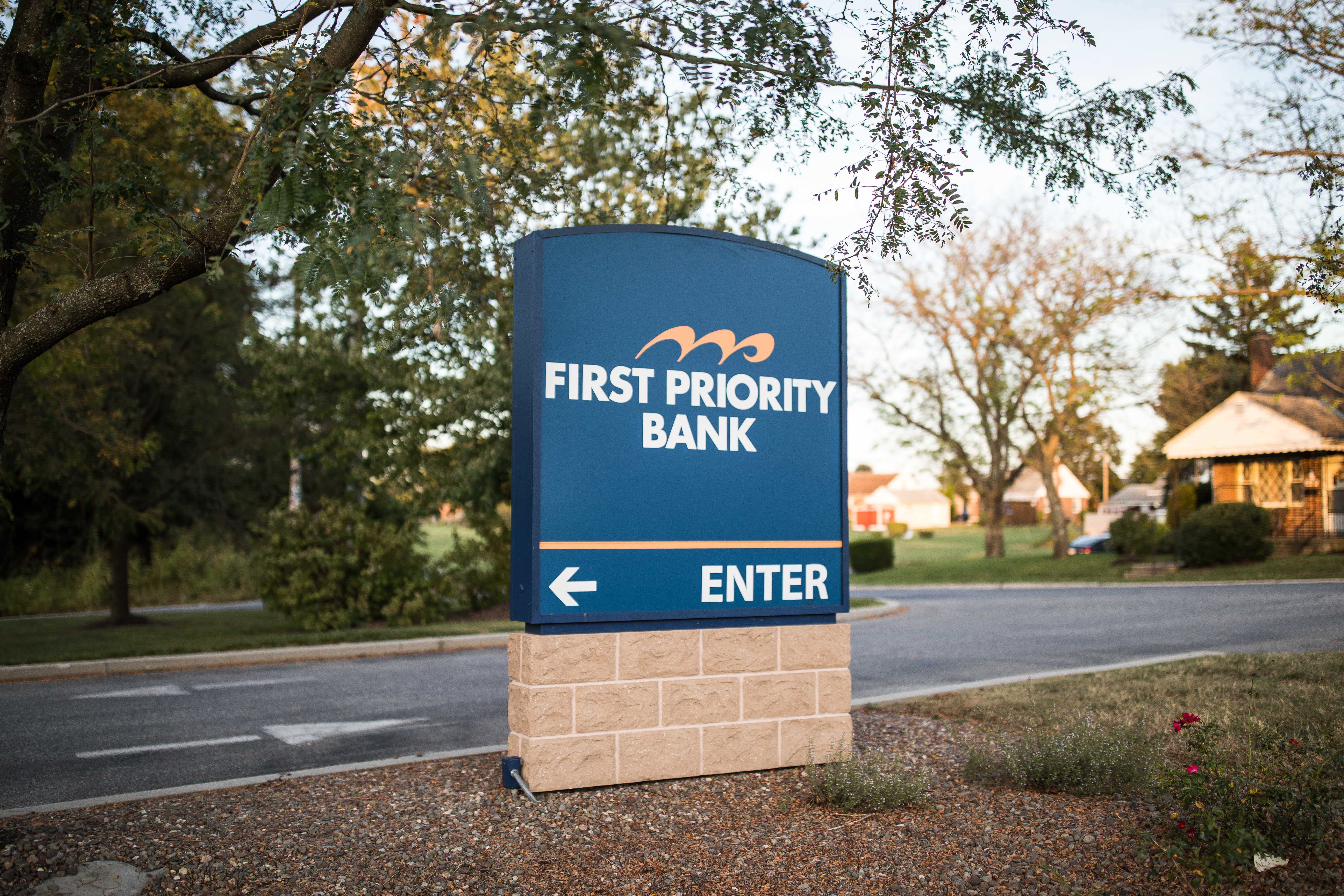 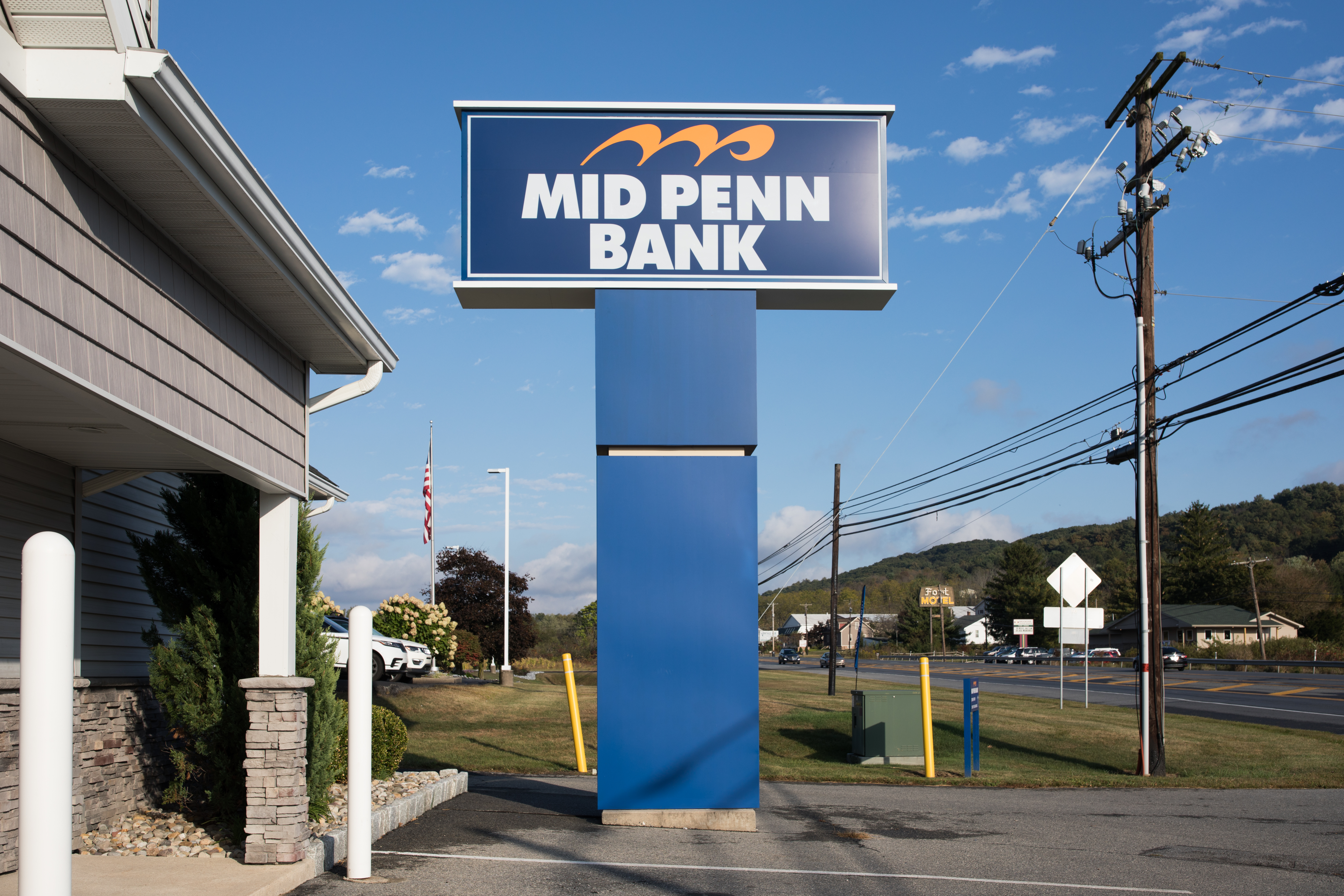 Mid Penn Bank was originally founded in Millersburg, Pennsylvania in 1868 and was known as “Millersburg Trust Company.” This organization has remained committed to serving the local community through volunteerism, education, and donations and has expanded over the years to become a full-service financial institution with multiple divisions.

Mid Penn Bank acquired First Priority Bank’s locations back in August of 2018. Egan Sign was approached at that time by Chris Zampogna, Mid Penn Bank Vice President Security and Facilities Officer, with the intent of not interrupting the day-to-day banking operations—by rebranding the first eight locations in just two business days! It was clear that our team was going to have to work swiftly without sacrificing our usual precision.

Egan successfully rebranded the initial eight unique branch locations throughout Berks, Bucks, Chester, and Montgomery counties in the allotted two business days, so that bank business as usual was not disrupted.

Our cross-functional team at Egan Sign—including project management, graphic design, sourcing, and account management—met right away after Mr. Zampogna issued the challenge to determine the most effective way to strategically rebrand all eight Mid Penn Bank locations in the time frame given. We knew that we could meet the client’s needs, but it would take an “all in” attitude from everyone involved.

Mid Penn Bank was thrilled with the outcome of this initial project, in which the Egan Sign team again demonstrated the efficiency and due diligence we’re known for in the sign management industry. This has led to an ongoing partnership between Mid Penn Bank and Egan that has included more than 30 projects—and counting—for this excellent client. Egan has also helped develop the interior and exterior rebrand strategy for all Mid Penn Bank locations.

Our President, Bob Egan, had this to say about our successful partnership: “Mid Penn Bank has endorsed Egan Sign and our people, and we are most grateful for that. However, for any sign program to work flawlessly, it takes a customer/partner who is willing to work hand in hand with us. Mid Penn Bank’s people are equally responsible for the highly successful sign program we all enjoy today.”

“We first engaged with Egan when Mid Penn Bank acquired First Priority Bank, based in southeastern Pennsylvania, in 2018. With eight unique branch locations throughout Berks, Bucks, Chester and Montgomery counties, we worked closely with Egan to develop the interior and exterior rebrand strategy for all locations. We knew from the beginning that great attention to detail and a well-coordinated timeline would be necessary to bring the rebrand to life.

The communication between the Egan and Mid Penn Bank teams was fantastic during the entire process. We collaborated when unique challenges were posed by some of the locations. Additionally, Egan was prepared to handle any last-minute changes that surfaced. Beyond the First Priority rebrand, we have worked with Egan on completing interior and exterior signage for new branches we’ve opened in Central Pennsylvania over the past year, including our Jonestown Road office in Harrisburg and our Pillow office in Upper Dauphin County. We also worked together on the rebrand of our Miners Bank branches in Schuylkill and Luzerne counties to reflect the Mid Penn Bank name and upgraded signage at several existing locations throughout our footprint to enhance the look and visibility of the facilities.

We know we can always count on Egan to execute our vision and complete projects quickly and efficiently.”